Over the summer, I went hiking with some students at summer camp. On the trail, we ran into a woman taking her goats out for a walk. Yes, GOATS. Goats are great. I was then introduced to Pearl the Goat. 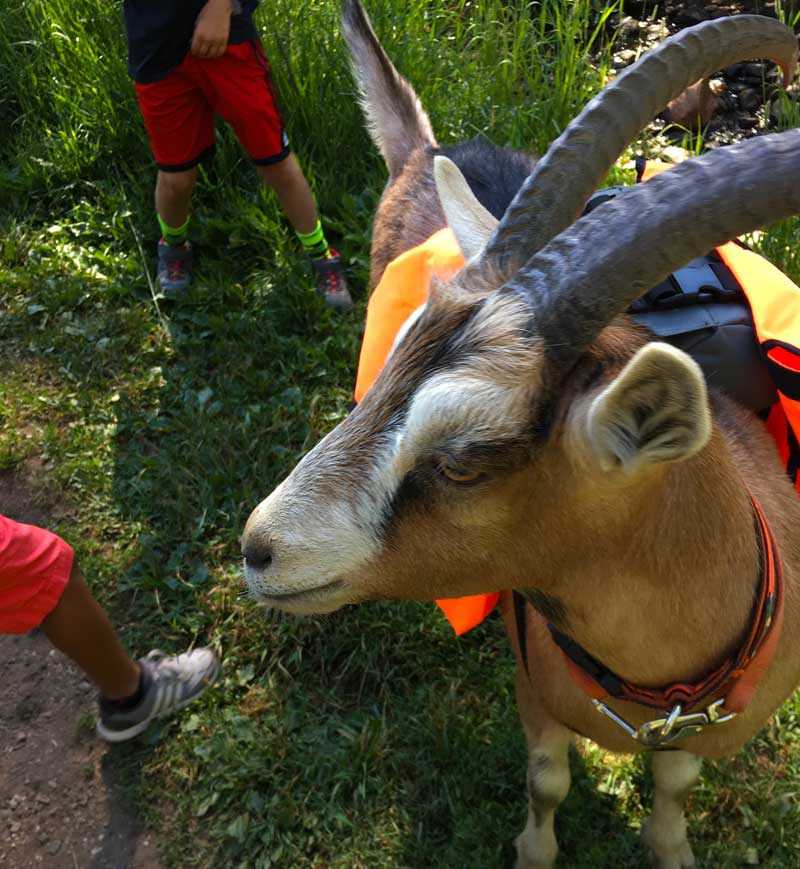 As I was gazing into her eyes, I noticed her pupils were horizontal. I thought that was odd and needed to know more. Turns out, scientists have studied the pupils of many of our furry friends.

The three basic types of pupils are: round pupils, vertical slit pupils, and horizontal elongated pupils, and each type is correlated with the animals’ size and ecological niche. 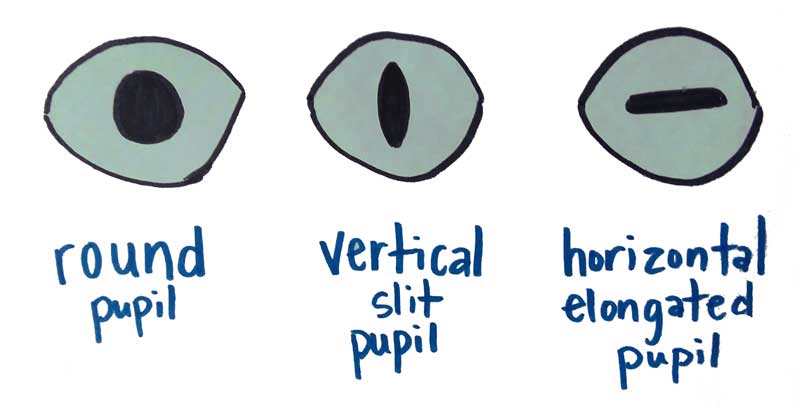 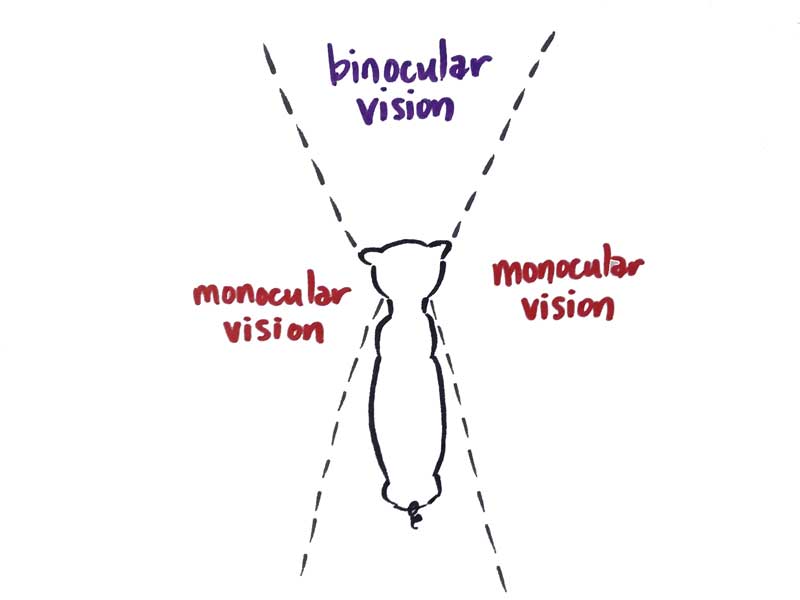 Round pupils are most likely to be present in large predatory animals. These predators are active foragers and typically chase down their prey. 1 Examples of these are lions, tigers, and wolves. Round pupils let in a lot of light and because they have binocular vision, they have fairly accurate depth perception. They can move with precision to chase their prey, even from a long distance. 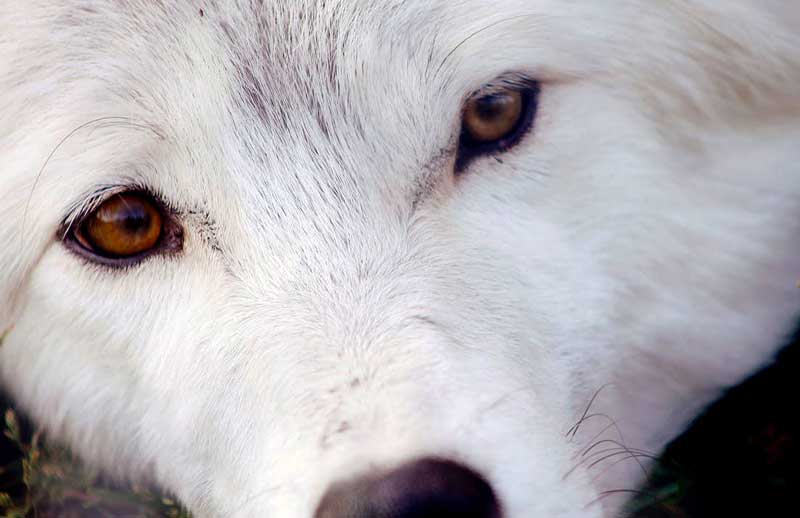 Vertical slit pupils usually occur in short predators that ambush their prey, including snakes, cats, and foxes 2 Again, they have binocular vision and can accurately judge the distance to their prey. Depth perception in vertical slit pupils is even better than in round pupils because the smaller animals are closer to the ground. 3 Additionally, having vertical slits allows them to better hunt at night, thus, these animals are more likely to be nocturnal. The vertical slits can expand into a larger pupil size to let in more light and aid them in hunting at night. 4 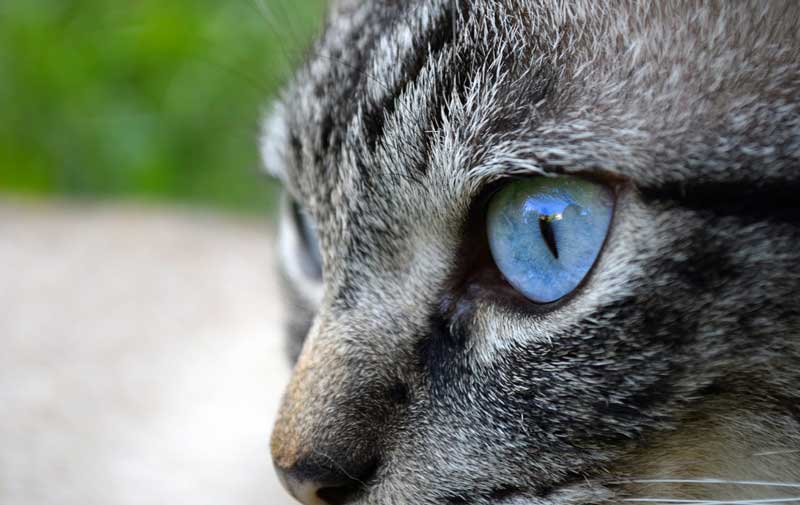 Now on to the most fascinating of all: horizontal elongated pupils! These pupils indicate a plant-eating prey animal, such as goats, sheep, and horses. These animals spend a lot of time grazing, which means they are putting their heads down frequently. 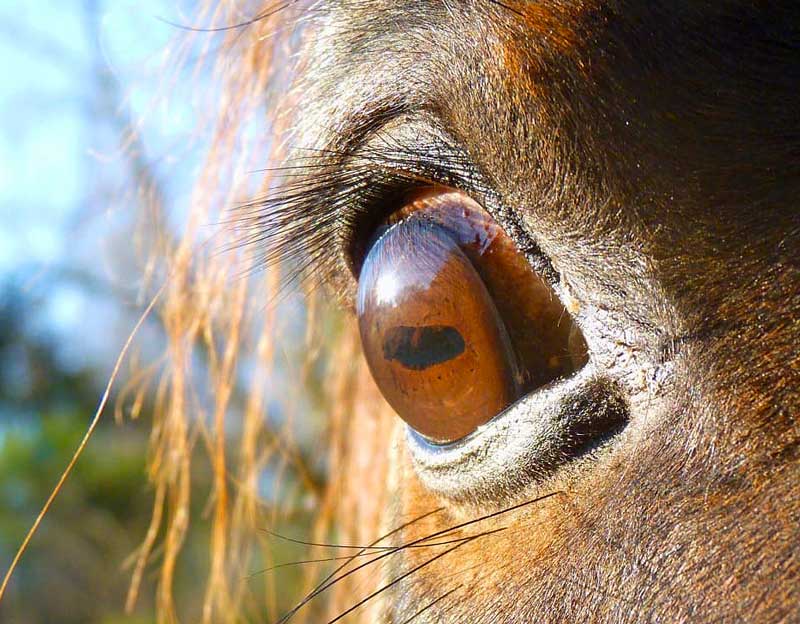 One might think this is a terrible thing because they can’t see anything around them with their heads down all the time. Not to worry – scientists at the University of California – Berkeley have discovered that horizontal pupils rotate! As they rotate, parallelism to the ground is maintained. That means the pupils actually spin upwards as the head moves downward. The pupil can rotate about 50 degrees per eye, which is 10 times more than a human eye can rotate. 5

The purpose for horizontal pupils being aligned with the ground is to absorb more light from the front, back, and sides, leading to improved quality of sight. 6 Recall that these animals have monocular vision, so this is very helpful. Horizontal pupils also do not let in as much light from above the animal’s head. Therefore, the sun will not bleach their view of the ground. All of this rotation and control of amount of light let into the eye affords the animal the ability to still keep an eye on their surroundings and watch out for possible dangers. Amazing! 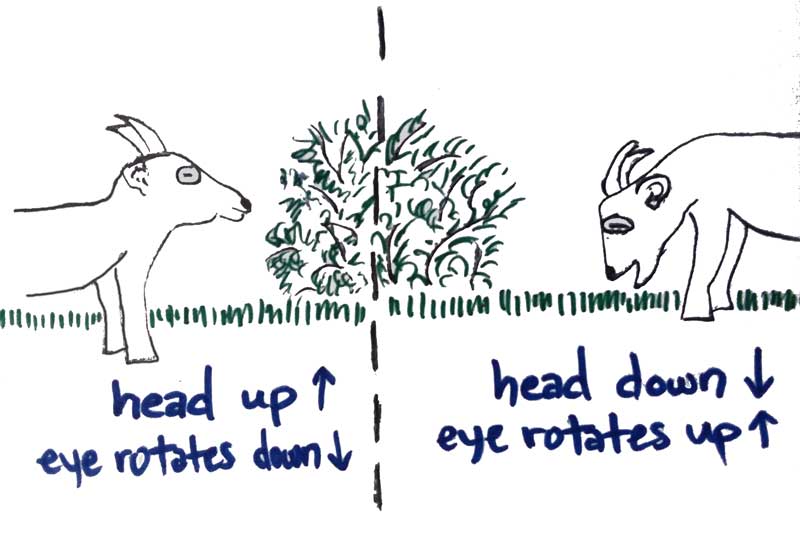 Why is all of this important? Knowing the three different pupil types can tell us about an animal’s niche. Whether they are round, vertical slits, or horizontal elongated, pupils tell the story of their nature as a predator or prey. In the High Trails Furry Friends class, we teach about binocular and monocular vision in relation to predators and prey; the class does not cover details about different pupil types. What a great opportunity to expand student knowledge. It is also a testament to how fascinating eyes are. Special thanks to Pearl the Goat for opening my eyes to all of this new knowledge. May we meet again someday! 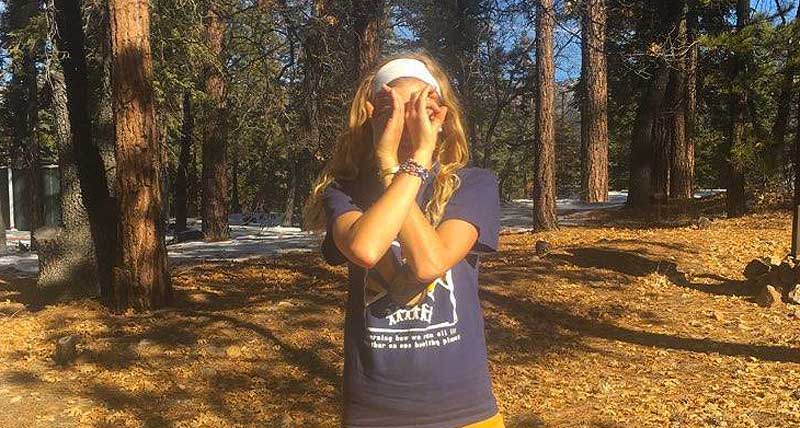