When I say that I don’t always like Steller’s Jays, my students are always shocked.

I, of course, understand where they are coming from. I remember when I first came to these mountains and was immediately mystified by these beautiful blue birds. However, after living in these mountains for a season, I have grown tired of their constant warning calls when anyone or anything is nearby.

Listen to their call 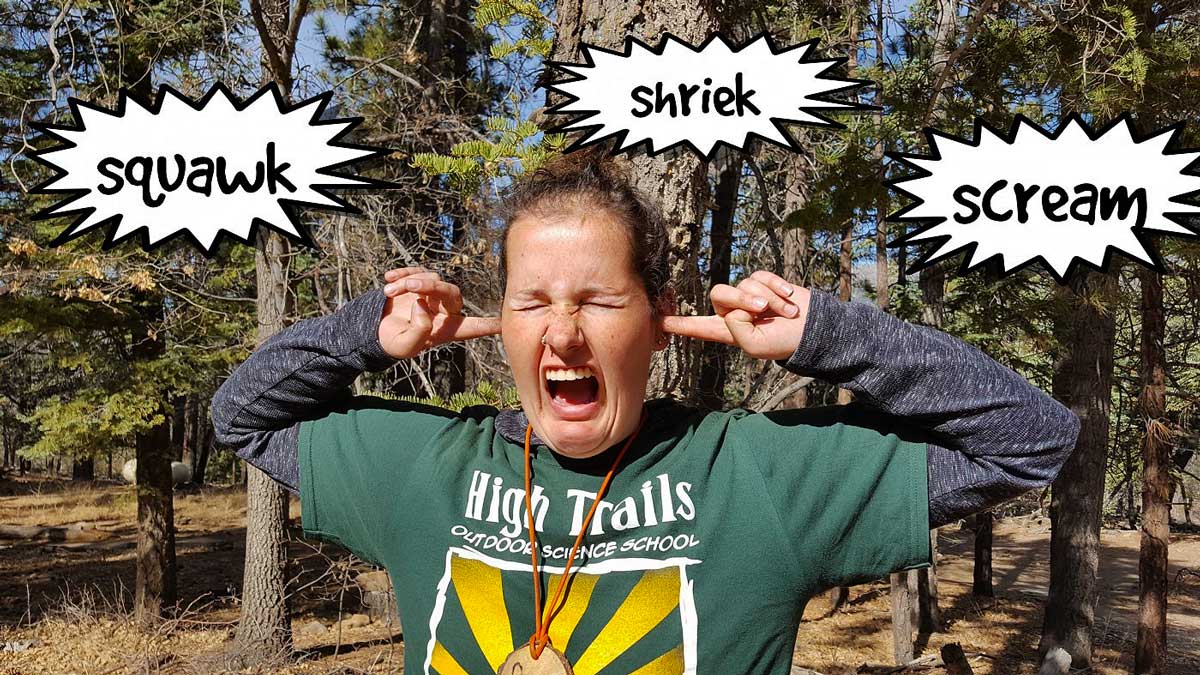 What is a Steller’s Jay?

Everything about the Steller’s Jay is eye catching. The deep blue feathers, black head and chest, and we can’t forget that crazy mohawk that make it a bird unlike any of its blue jay relatives 1. The Steller’s Jay species mentioned here is normally found in western pine and coniferous forests 2. This is beneficial, as it allows for their dark bodies to blend in with the trees and shadows. 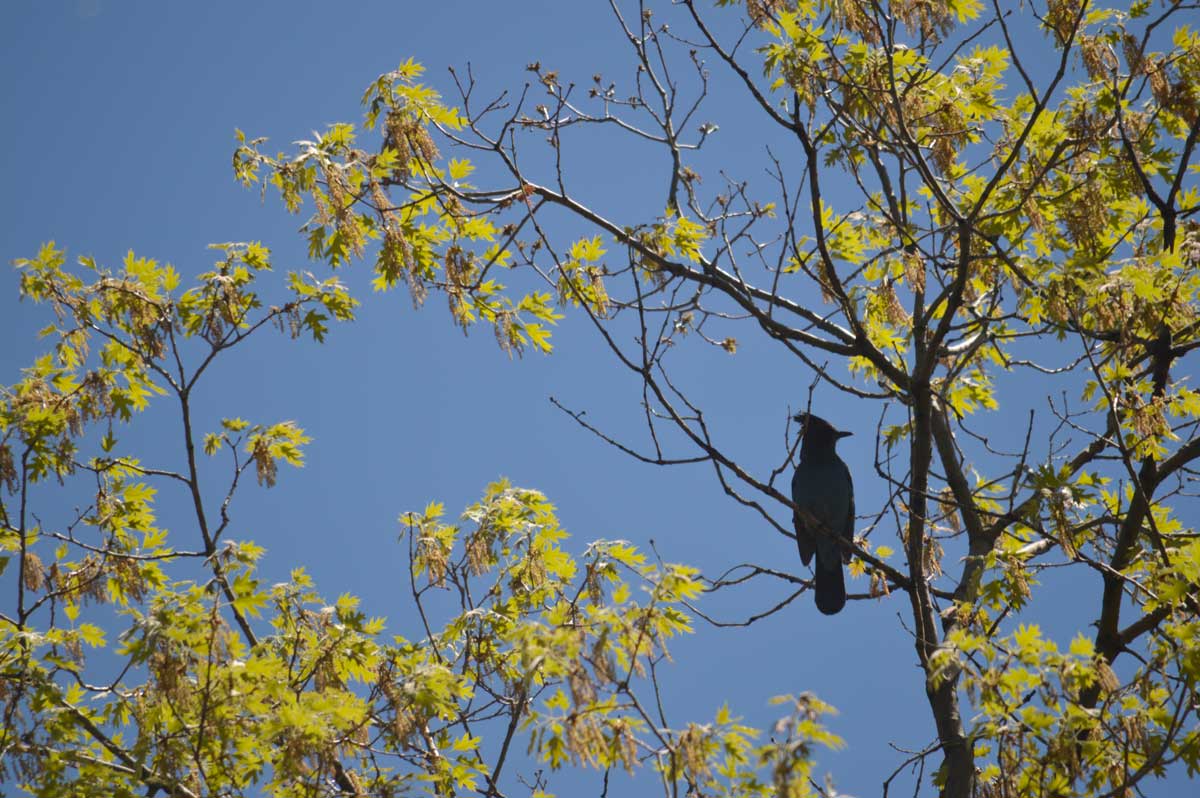 Why are Steller’s Jays the most annoying animal in the San Bernardino forest?

Oh, I’m so glad you asked. When trying to describe what the Steller’s Jay sounds like, the words that come to mind are: squawk, shriek, scream 3. Now you’re probably thinking, they probably only make those harsh noises when they are in danger.

You, my friend, could not be more wrong. They make these noises ALL THE TIME.

If a person or animal is even close to a tree they decided to land in, they will scream until the “intruder” leaves. Sometimes, they start shrieking at a field group even though the field group was there first. They are the most territorial species of bird I have ever worked with, and I studied birds in college.

I thought this blog post was about loving the Steller’s Jay!

You’re totally right. This post has, so far, been pretty negative towards the Steller’s Jay. Evidently, there are some crazy cool things that Steller’s Jays have as adaptations 4.

Remember those loud, obnoxious noises they make? They can actually make other noises, too. Steller’s Jays are able to mimic hawks, dogs, cats, and even sprinklers to scare competitors out of their territory 5. Most commonly, they make these noises to not have to share food sources with other animals. The Steller’s Jay will eat most things available to it. They are omnivores 6, and get most of their nutrition from acorns, pine seeds, and insects 7. They will also take just about any food that is available, including berries, small animals, and any garbage or food waste from humans in the area 8.

The Steller’s Jay has also earned a reputation of being one of the laziest birds in the mountains. They are known for robbing nests and rarely moving their wings in flight 9. When they do decide to build their own nests, or when they fail to steal a different bird’s nest, they are one of only two New World 10 birds to use mud as a component of their nest 11.

The Steller’s Jay is also a completely monogamous 12 bird, meaning they will keep the same mate for their entire lives 13. This is advantageous because both mates will build the nest and bring food to the 3-5 eggs that a Steller’s Jay lays each breeding season. When a Steller’s Jay is nesting, they are actually quiet, or at least I’m told. However, as soon as something comes close, they start the shrieking, or other mimicking noises, to deter possible predators 14.

The Steller’s Jay is a very community-driven bird. Often times, if you see one Steller’s Jay, one or two more are nearby. Groups of Steller’s Jays will feed together and clear territories together 15. They are actually known for mobbing 16 predators if they feel threatened 17. I actually got to witness this first hand one morning at High Trails. A hawk had swooped down and grabbed a Steller’s Jay, when suddenly four other Steller’s Jay came to the rescue and started attacking the hawk. Eventually, the hawk dropped the Steller’s Jay and together they chased it out of their territory. IT WAS SO COOL.

So..How should I feel about these birds?

I understand your confusion. From a science perspective, the Steller’s Jay is an amazing creature with unique adaptations that has allowed it to be very successful in their environment. From a residential perspective, I like to set my own alarms or listen to the sounds of silence instead of constantly having a squawking noise blaring five feet away from me.

So it’s up to you to decide how you feel about them. You hate them. You love them. Probably a little bit of both. However, the one thing everyone can agree on is that the Steller’s Jay is a bird unlike any other.