When we talk about snakes, the assumption that we make is that all snakes reproduce by laying eggs, but that’s only part of the story! The truth is that only 70% of snakes lay eggs 1 – the other 30% give live birth and develop their young internally in a couple of different ways.

What are the different ways that snakes birth their young? Why on earth would they develop different methods? We’re here to find out!

Oviparity is what we think of when we think of snake reproduction – reproduction by laying eggs! This is how most species of snakes reproduce. They lay a clutch of eggs (ranging in size from just one or two to one hundred 2, depending on the size and species of the mother snake) in sites that are likely to keep their developing young warm and protected from predators and the environment. When shopping around for the perfect place to expand their family, a snake may choose a site with dead vegetation in order to provide warmth and moisture to the eggs, which can absorb the water and oxygen through the permeable shells as the embryo develops inside of the egg. Eggs usually receive no protection from the mother, and are often abandoned directly after being laid. Only a few species of snakes (cobras, pythons, etc.) will hang around after laying their eggs, offering some extra warmth and protection by coiling around them or staying nearby 3. 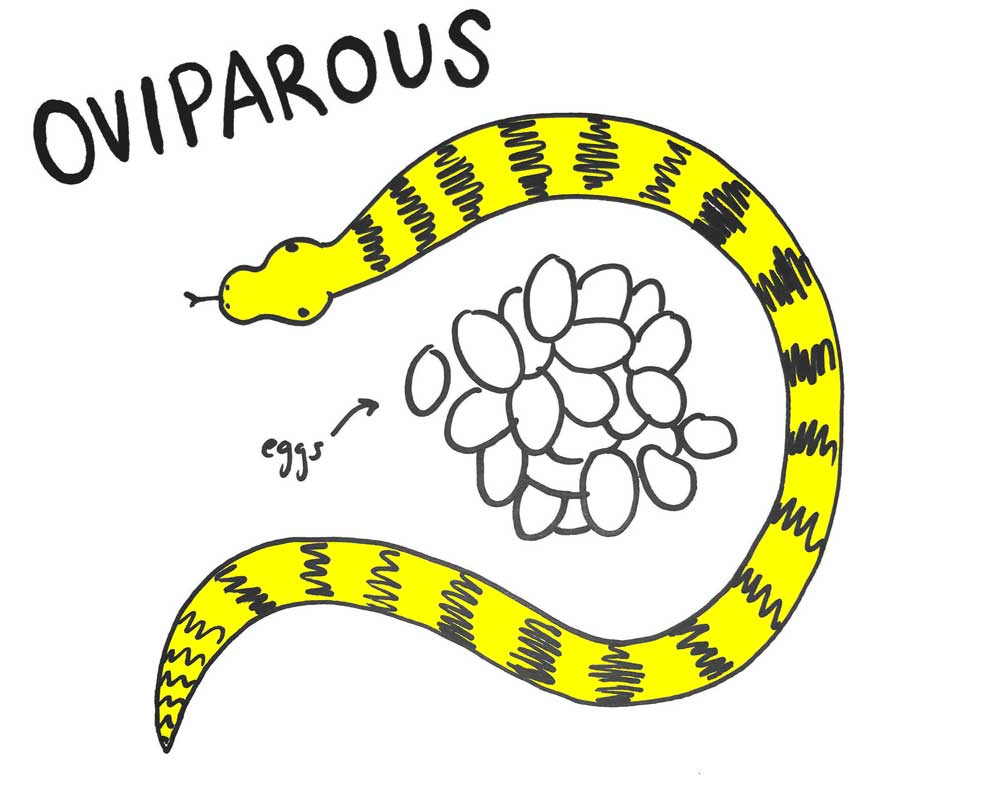 True viviparity is pretty rare among snakes, but can be found in species such as boa constrictors and green anacondas. Viviparous snakes reproduce without any eggs involved – they nourish their internally developing young in a similar way to mammals, through a placenta and a yolk sac, and then give live birth, birthing a litter of baby snakes that can range in size from 1 or 2 all the way to 150 4! 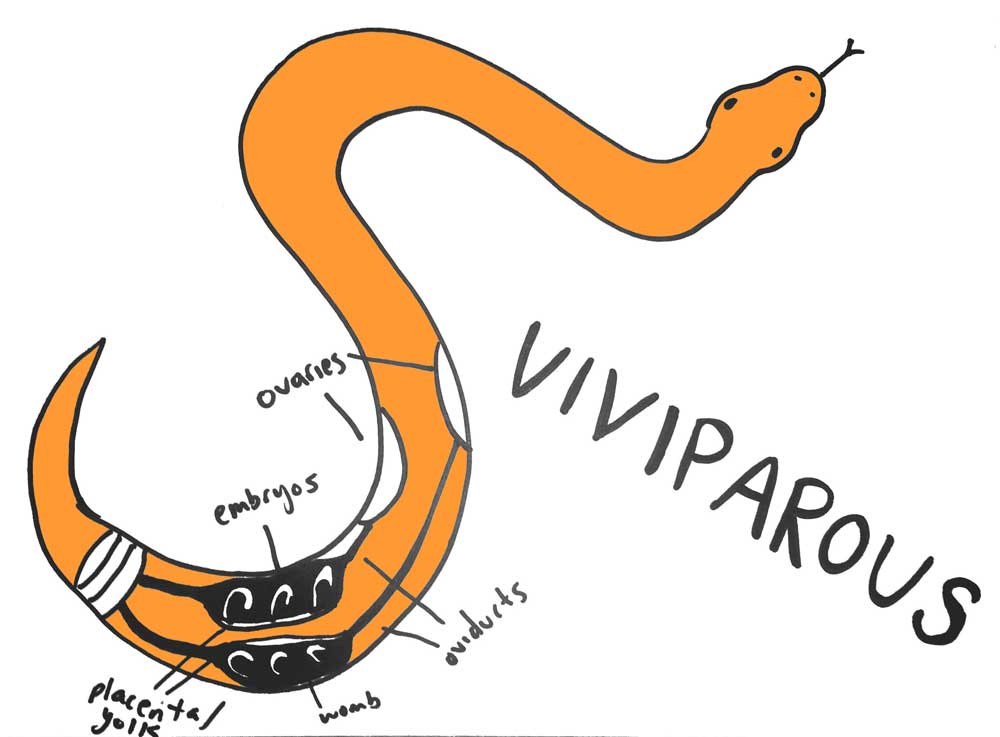 Ovoviviparity also results in the birth of live young, but with an egg-laying twist! This process is a cross between oviparity and viviparity. A snake will lay eggs and hold them internally within the oviduct until they are ready to hatch and be released into the world as fully developed baby snakes. The yolks inside of the eggs provide most of the nutrition for the developing young, but the thinness of the membrane of the eggs allows for some nutrition and oxygen to pass through the membrane from mother to child. Because of this, some scientists consider this process to be a case of true viviparity, while others hold that it’s different enough to warrant the ovoviviparous title 5. 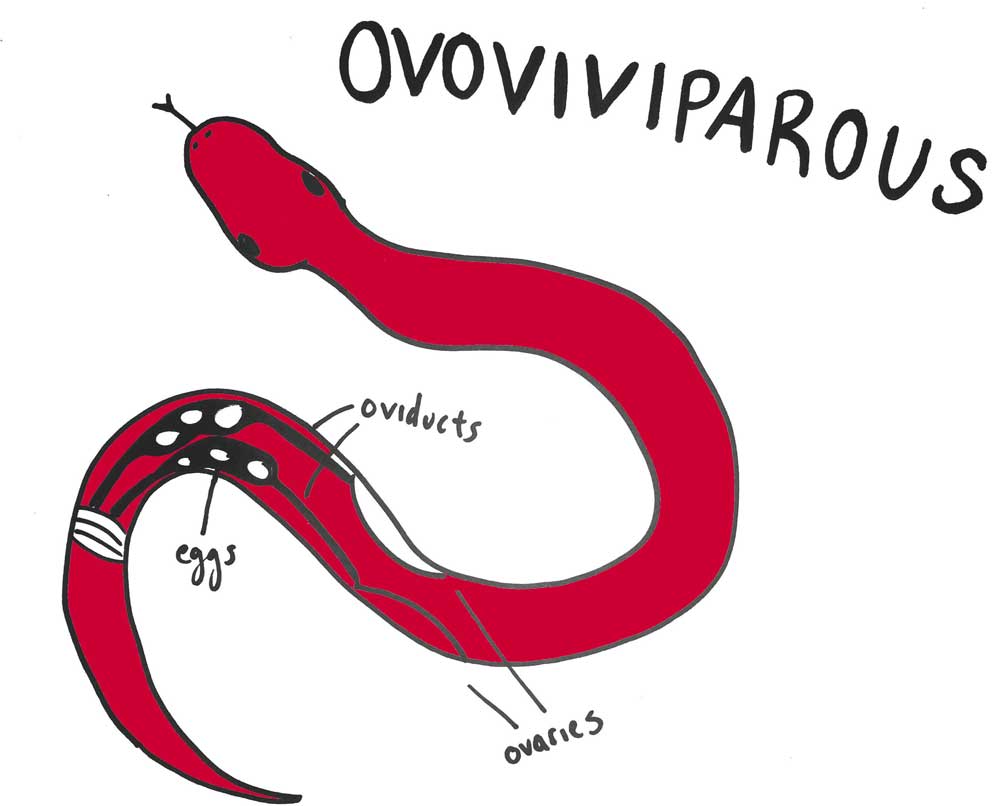 It is theorized that viviparous or ovoviviparous snakes developed from their oviparous ancestors, largely as an adaptation to their environment; they have grown to reproduce in a way that will hopefully result in the highest success rate for their offspring! When external eggs in a nest were in greater danger than eggs held internally, natural selection leaned towards females who retained her eggs for longer so that she could protect them or keep them warm 6. 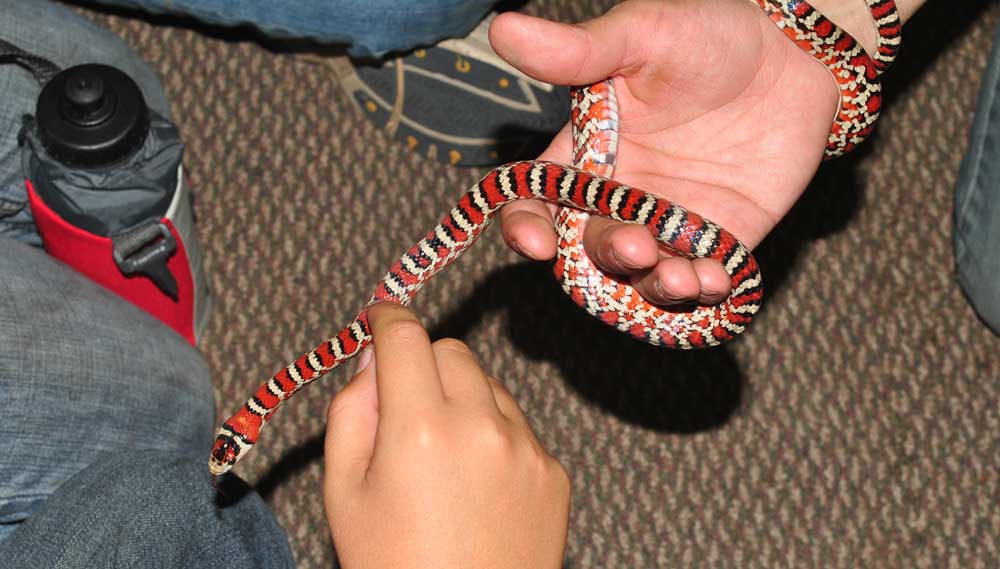 Many species seemed to have adapted to viviparity as a response to environmental factors. For instance, many aquatic snakes are viviparous because they rarely come ashore long enough to lay eggs and there are few safe nesting sites. Plus, because snake eggs are thin-shelled and porous, eggs laid in or too close to water run the risk of drowning. Similarly, tree snakes often bear live young so that they don’t need to descend to the forest floor, where they’re often defenseless, to lay their eggs. In cold climates, such as those at high altitudes or latitudes, warm and cozy nesting sites where a clutch of eggs could incubate successfully are few and far between, so many snakes in colder climates are viviparous.

Some snakes, on the other hand, became viviparous because their eggs proved to be safer within their powerful mother than left out in the open. In these snake species that are venomous or especially large and strong, it’s unlikely that a pregnant female would be threatened by an enemy, while it’s much more possible that a clutch of eggs would be. Therefore, most of the fiercest snakes like rattlesnakes, boa constrictors, anacondas, and vipers give live birth.

Snakes have many fascinating adaptations, and the way that they reproduce is just one of them. Next time you meet a snake, consider where and how it lives and take a guess at how it reproduces – they don’t all lay eggs! 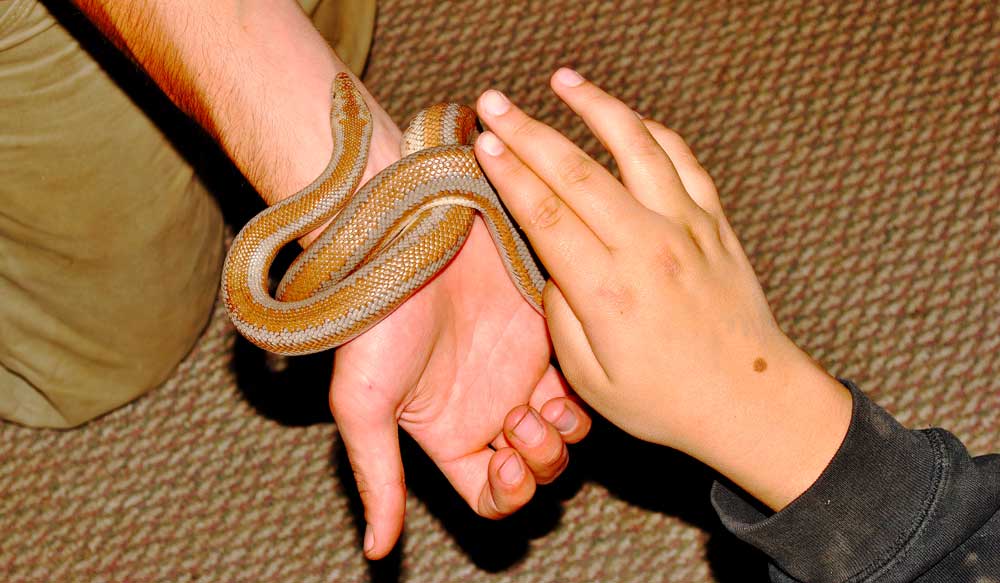