Of the classes I get to teach at High Trails, my favorite is Plant Detectives. Plants are incredible organisms.

While they might be immobile, plants are able to propagate, or reproduce, far beyond their immediate vicinity.

When I ask about plant reproduction many of my students think of flowers. For flowers, a pollinator such as an insect or a bird, moves from flower to flower collecting bits of pollen for its own use. Subsequently, this pollinator unwittingly moves pollen from flower to flower. Following this, a flower generally turns into a fruit or nut that carries the seed of that plant. 1 A plant that produces flowers for reproduction is called an Angiosperm. But Angiosperms are only one type of seed bearing plant. The other classification of seed bearing plants are called Gymnosperm. 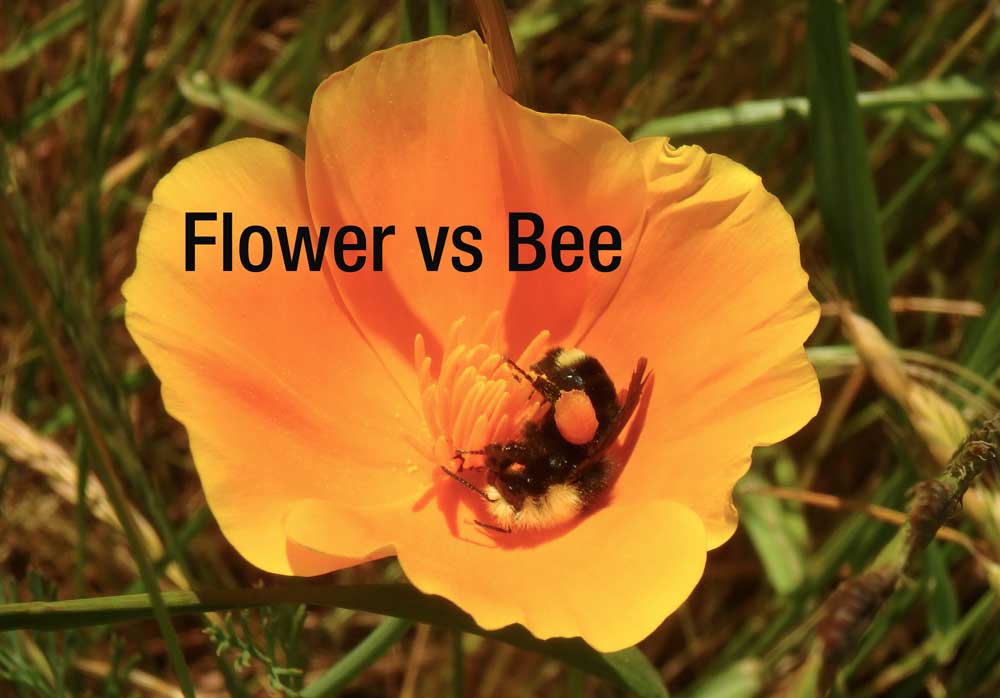 Gymnosperm means the naked seed. Typically, plants in this classification have seeds that are not enclosed in fruit, nuts or other carriers adapted for seed dispersal. Rather, the seeds are exposed to the air and develop on scales or leaves.2 There are three types of Gymnosperms, or non-flowering vascular land plants. These are Gingko, Cycads, and Conifers. 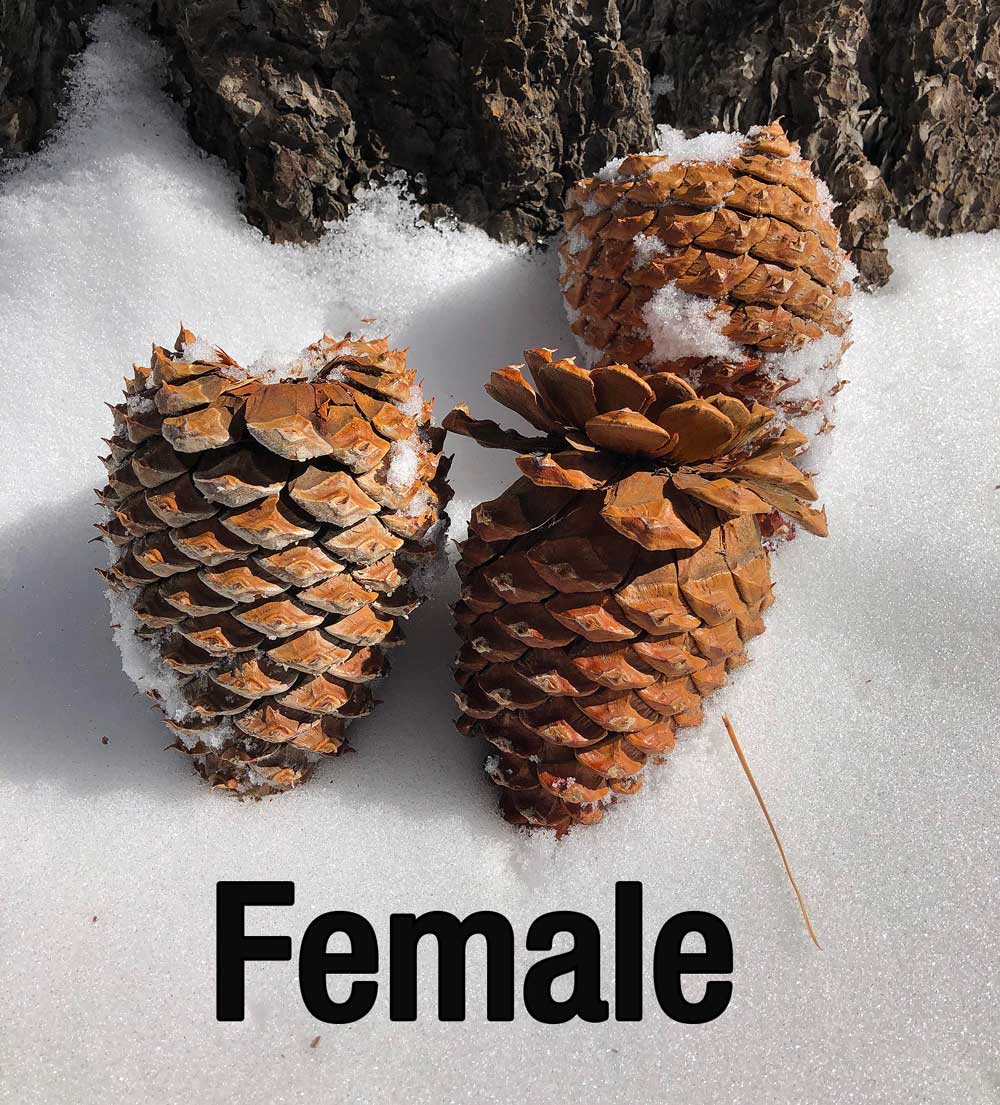 The most familiar of the Gymnosperms will be conifers. Conifers are a type of classification given to cone bearing plants.  Working in the San Bernardino Mountains, the presence of pine cones littering the forest floor is a familiar sight. I like to hold up an intact specimen and ask, what is this thing exactly? 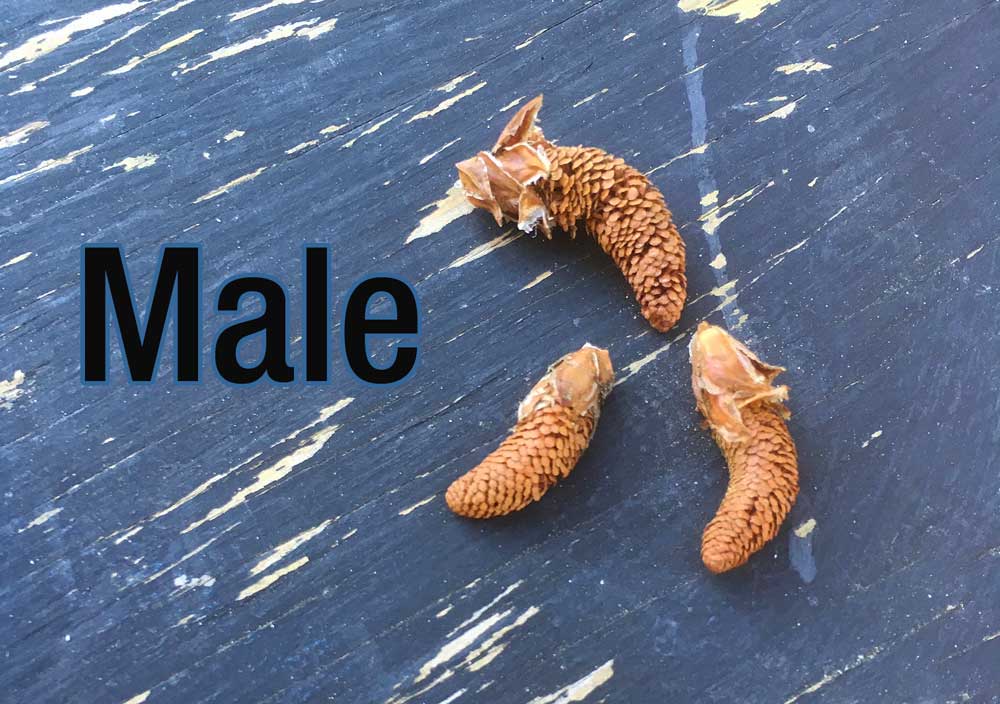 The large, roughly baseball sized cone with which we are familiar is actually the female part of a conifer tree. This can also be called the seed cone. The male cones are much smaller, sometimes the width of a pencil. The male cones are delicate and are intended to disperse the pollen. Thus, these are called pollen cones.3 In the spring, the pollen cones release their dust like pollen into the wind. This pollen is then carried in the air, striving to land on a seed cone. When this occurs, the pollen travels down the wooded shingle on the seed cone called a scale. As the pollen grain reaches the base of the scale toward the center of the cone, the male and female haploids, reproductive cells, combine. Thus, the seed will now contain all needed chromosomes for reproduction and growth.4 It can take many months, and sometimes years, for a seed inside a cone to fully mature. 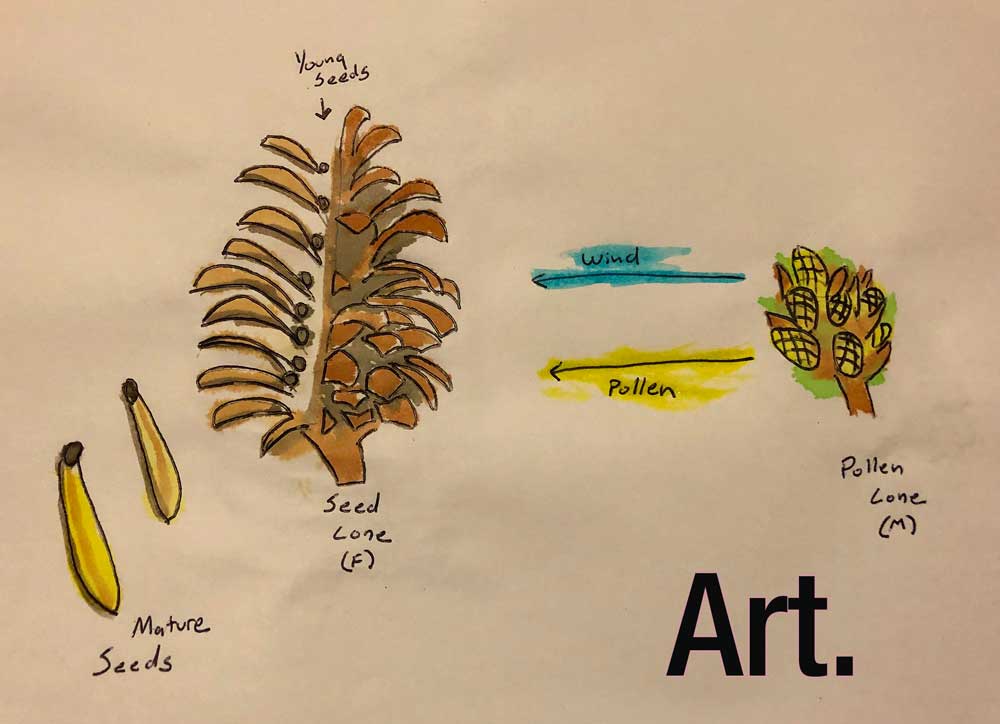 Once the seed has matured inside the cone, the cone will dry in the summer and autumn. As the scales open, the seeds drop into the wind. If the conditions are too moist, the cone will remain closed until optimum and dry conditions are present. The seed cone can go through many cycles of opening and closing depending on moisture levels. Even in the summer, during an afternoon thunderstorm for example, the cones can close to prevent seeds from falling into conditions where they may not flourish. 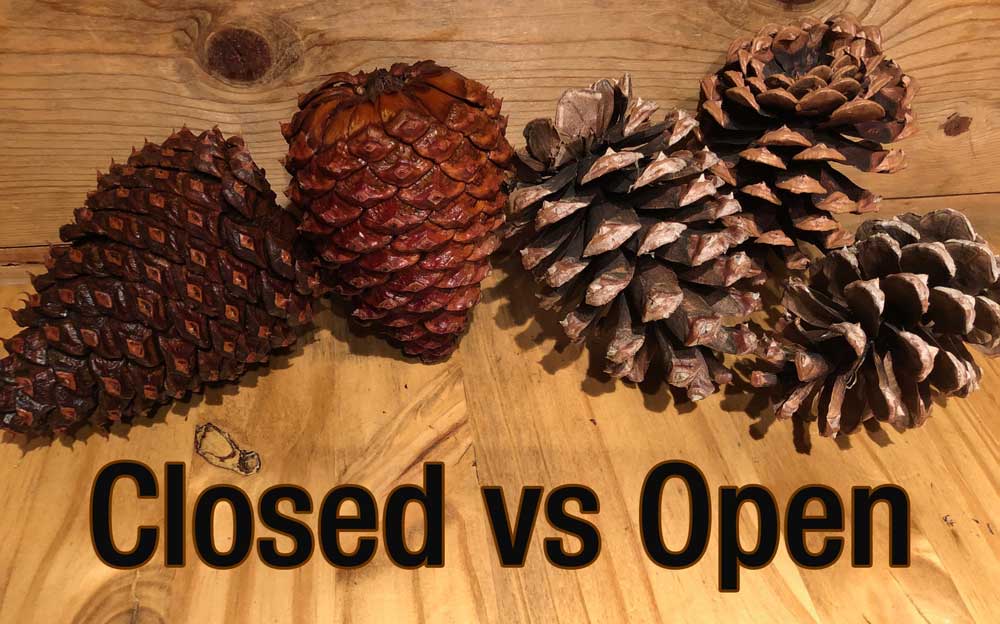 There are also cones that must be subject to the low intensity heat of a brush fire to fully open. These cones are called serotinous, and the scales are held closed by a thick resin. In the heat of a fire this resin melts and allows the scales to fully open.5 This is a common adaptive trait in Lodgepole pines.

Lastly, while the seed cones form a protective barrier to the seeds, these are not considered seed pods, as the cones are not fully enclosed. There are cones that create additional barriers to the environment to protect their seeds. One such example is Juniper.

Many who see Juniper cones refer to them as berries. However, berries are a bit of a misnomer. While Juniper ‘berries’ resemble blueberries, that waxy flesh is the fusion of scales. This coagulation produces a fleshy substance that is often considered fruit-like. This is an additional seed protection for the harsh environment a Juniper is typically found in.6 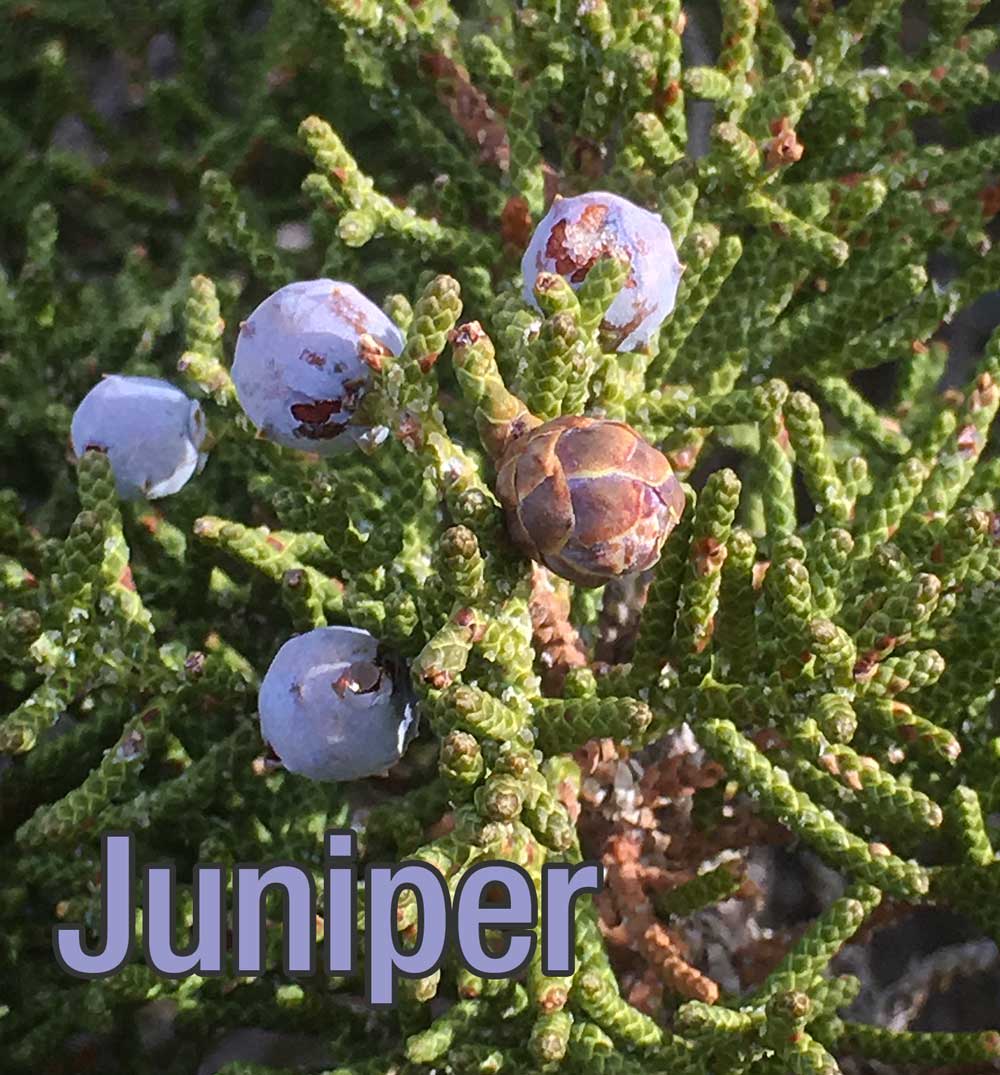 Here in the San Bernardino Mountains we get to witness many types of flowering and non-flowering plants. While many are familiar with how a flower becomes a seed-bearing fruit or nut, the purpose of the pine cones is sometimes a mystery. Next time you are out in the forest, pick up a pine cone, pull back the scales, peer inside and give appreciation for the special adaptations of our native gymnosperms. 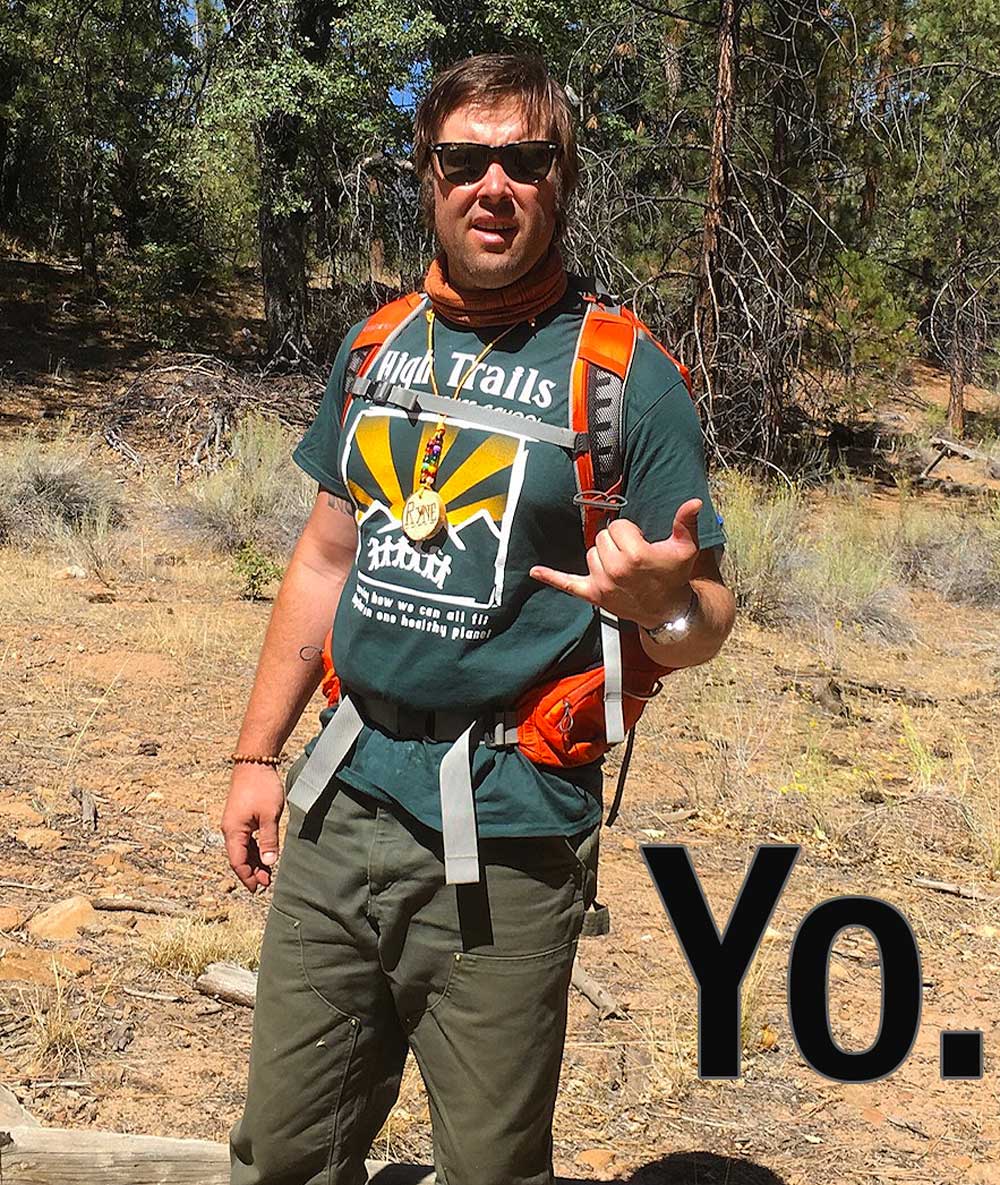