Mars’ latest lander, InSight, launched in May 2018 and landed in November 2018. At approximately 5 feet long and 20 feet wide, it features two solar panels, two cameras, and three scientific instruments with a robotic arm to place the instruments on the surface. 1 This is space exploration’s first attempt to study the interior of the red planet, but that is not the only reason InSight’s landing is so impressive. 2.

First of all, it’s really hard to get to Mars

Only about 40% of missions sent to Mars have been successful 3 It turns out, landing on a planet 300 million miles away is a difficult feat. After traveling for six months, the lander must hit the martian atmosphere at an angle of exactly 12 degrees. Any less and the lander will bounce off the atmosphere and ricochet into space. Any more, and it will burn up from the friction at high speeds 4. InSight entered Mars’ atmosphere at over 10,000 miles per hour and landed gently on the surface seven minutes later 5 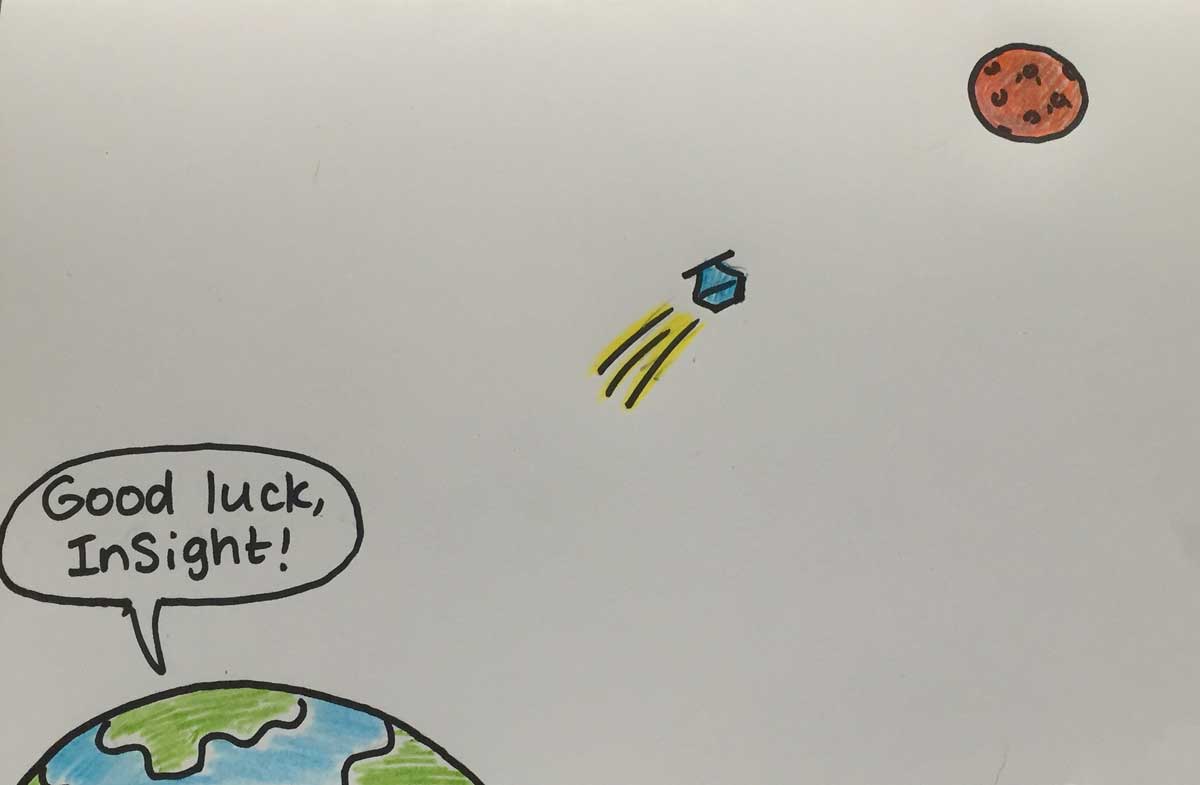 How did InSight land on the surface of Mars?

NASA’s website provides an interactive play-by-play of those seven minutes of InSight’s landing. 6 Upon entering the atmosphere, InSight was fully encapsulated in a heat shield to protect it from the atmosphere at such high speeds. With three minutes to touchdown, it released a parachute the size of a house to slow it down significantly. With 42 seconds to go, the lander separated completely from its parachute and heat shield, and began to free-fall until its descent engines fired and it straightened out to land gently on the surface of Mars. Because InSight is a lander, not a rover, it will remain at its landing location to conduct experiments. 7 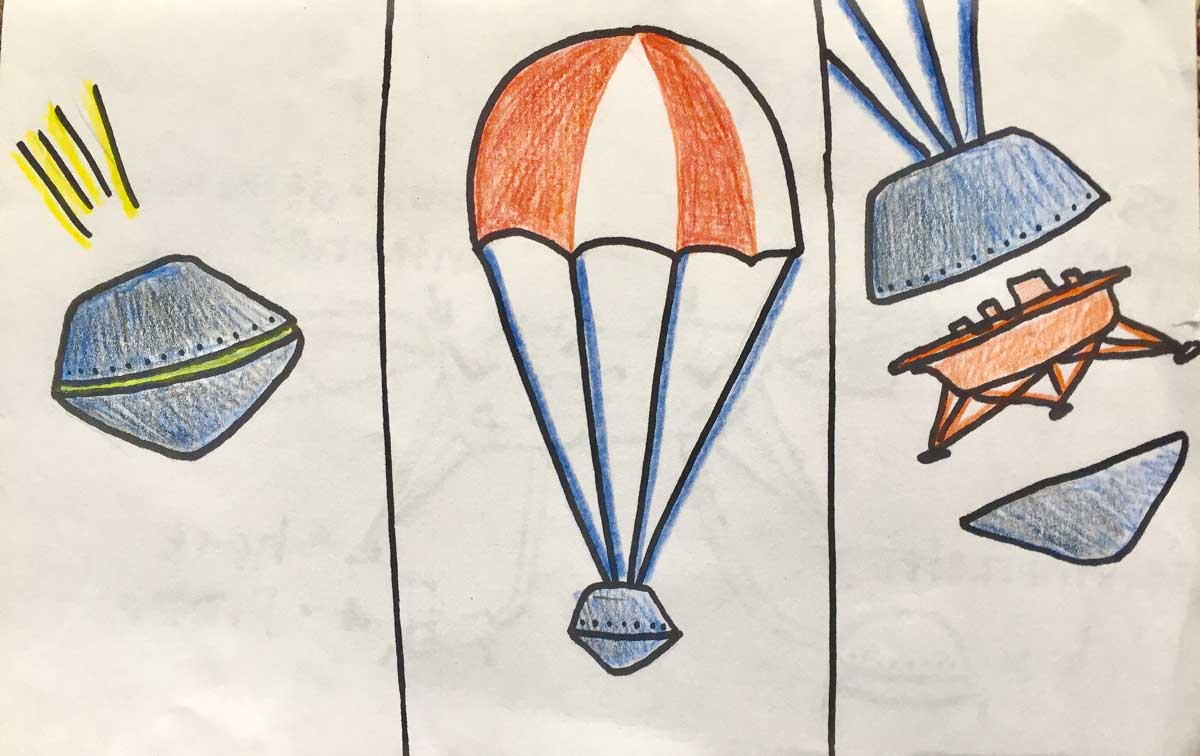 What are we hoping to learn from InSight?

Scientists are hoping that studying Mars’ interior will give insight into how Mars and other rocky planets in our solar system formed billions of years ago. It will send data back for at least two years (a little over one Mars year), with each of the three instruments specializing in one specific measurement. 8

Seismic waves – A seismometer placed on the planet’s surface will detect earthquakes (or “marsquakes”), meteorite impacts, and even weather patterns, such as dust storms. Seismic waves travel differently through different materials, and scientists hope to discover more about the structure of Mars’ interior 9 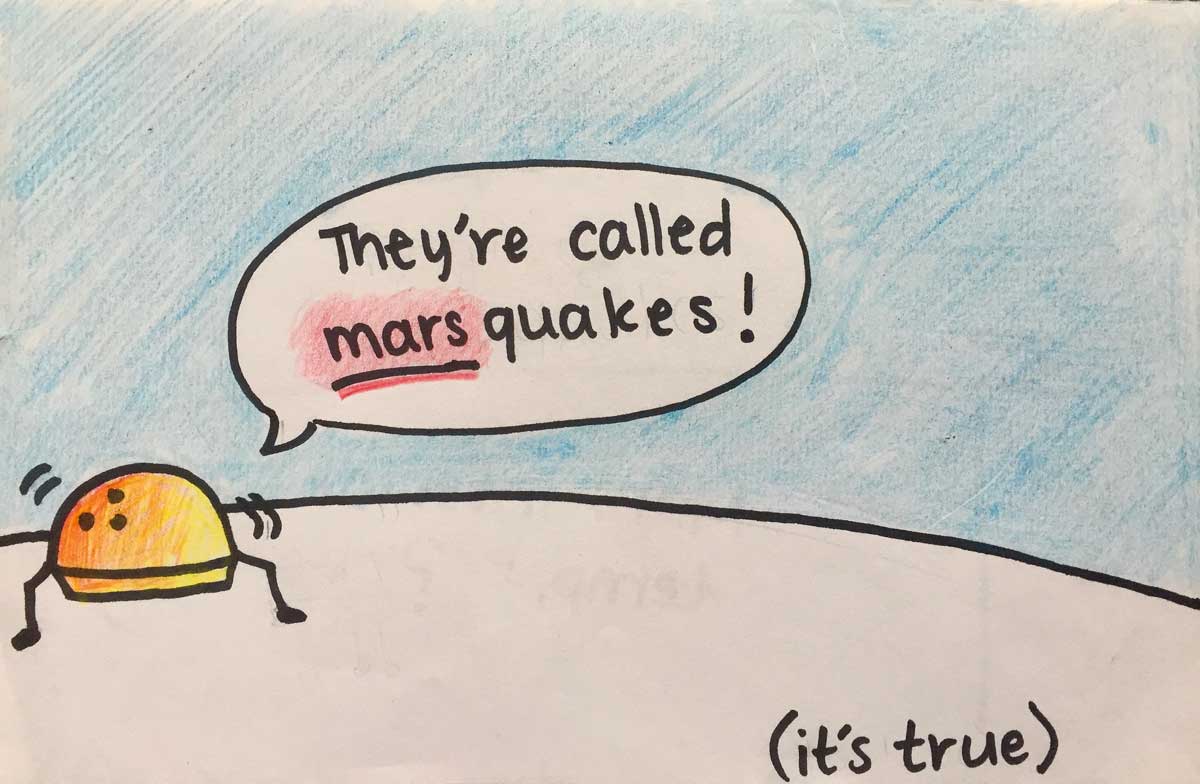 Temperature – InSight’s heat probe hopes to drill down 16 feet and measure the heat flowing out of the planet. This will give insight into what’s producing heat inside the planet and how it flows, as well as whether Earth and Mars were formed from the same material 10. 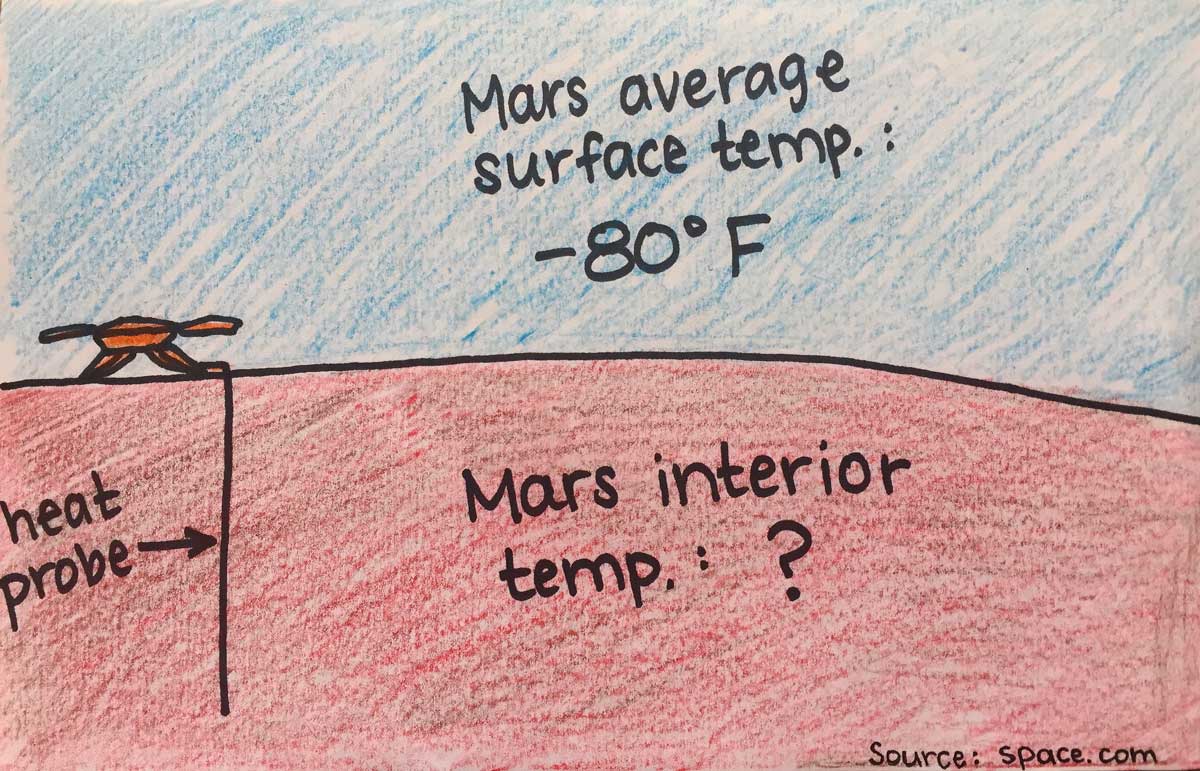 Wobble – InSight will track the planet’s location in space every day, allowing scientists to see how much Mars wobbles in its orbit around the sun. This will reveal whether Mars has a liquid or solid core, and how big that core is. A planet with a liquid core will wobble more [10. https://mars.nasa.gov/insight/spacecraft/about-the-lander/

InSight has only just begun its scientific inquiry, and talking about it with your students will show them that the science we’re talking about in Astronomy is happening right now, on another planet. It remains to be seen what we will discover about the origins of Mars, and what this will tell us about its history – and ours.