It is the middle of Feathered Friends class.  After discussing that there are multiple feathers on a bird consisting of contour and downy feathers, one of my students says: “Mr. Frazer, what is the difference between the contour feathers and the down feathers on a bird?” 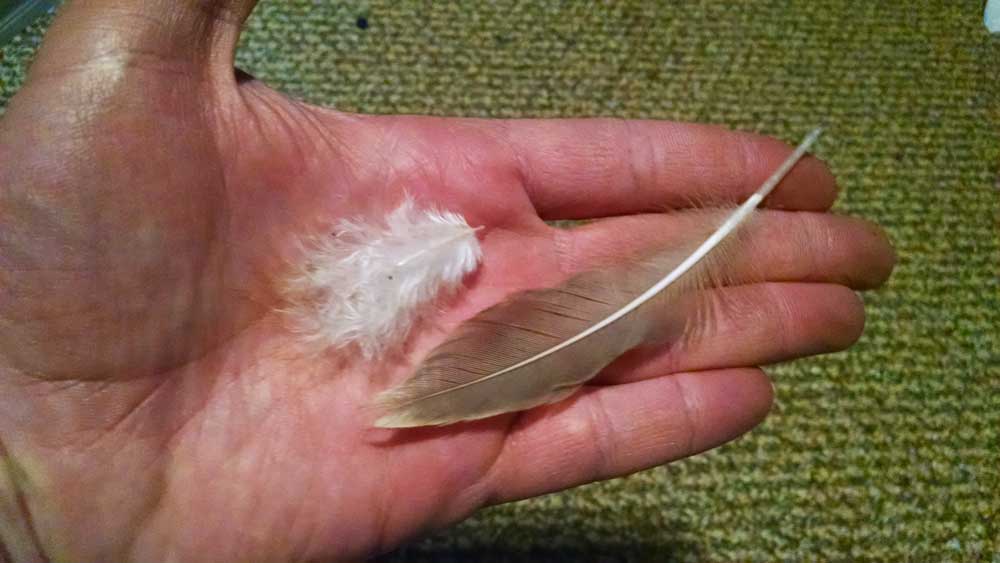 Let’s start with the basics: what kind of material are bird feathers made from?  Bird feathers are made from keratin, the same substance that is in the hair, nails, and teeth of humans.1  The basic structure of a feather is formed from rachis, barbs, and barbules.  Rachis are the central stem, like the trunk of a tree.  Barbs branch off from this central stem like branches.  Barbules connect barbs, like how leaves connect to branches.2 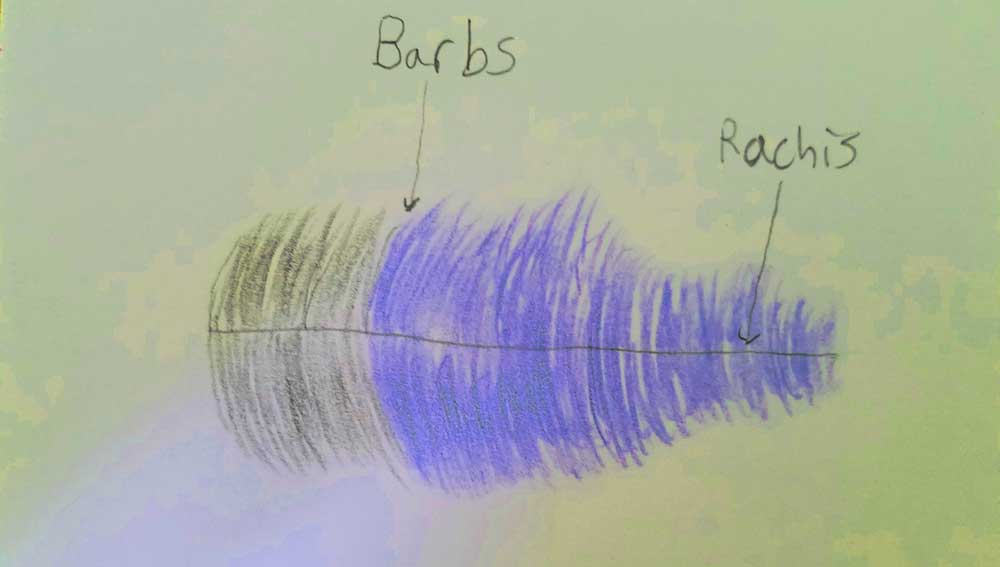 Contour feathers are the feathers that form the outermost layers on a bird.  First, the most obvious function of these feathers is to improve a bird’s flight.  The keratin found in various bird feathers are tough and flexible, providing a material that can help keep a bird in flight while being flexible for maneuverability. 3 Contour “flight” feathers are made up of Remiges (wing feathers) and Rectrices (tail feathers). 4  Remiges and Rectrices are more rigid than other contour feathers. 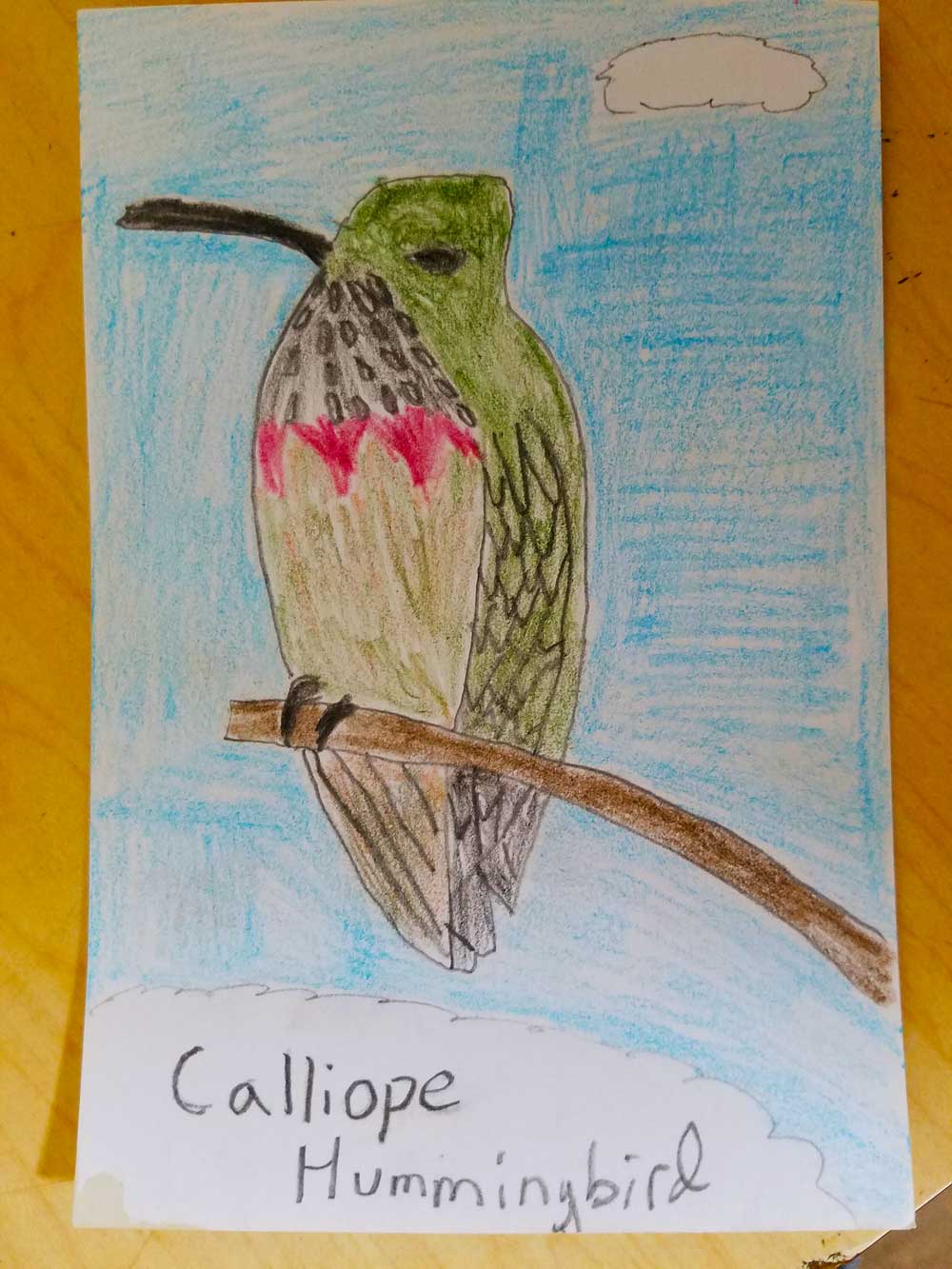 The primary function of downy feathers on a bird is to form a layer of insulation to keep a bird warm.  In between contour feathers is a patch of bare skin called the apteria.7  Down feathers grow in the apteria keeping air trapped beneath the contour wings. Downy feathers are formed of a somewhat loose structure that is flexible and helps trap air close to the bird.8 In addition to being flexible, downy feathers sit closest to the skin on a bird helping with insulation. 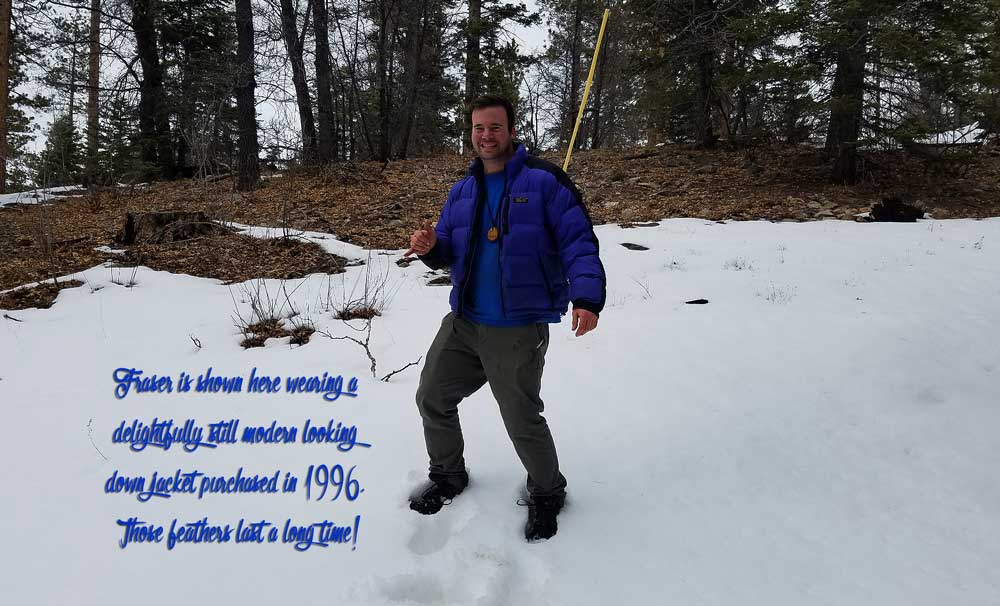 The difference between contour and down feathers is not simple; they both have amazing functions.  A lesson on the two feathers allows us as educators to further share the wonder and fascination that nature provides.